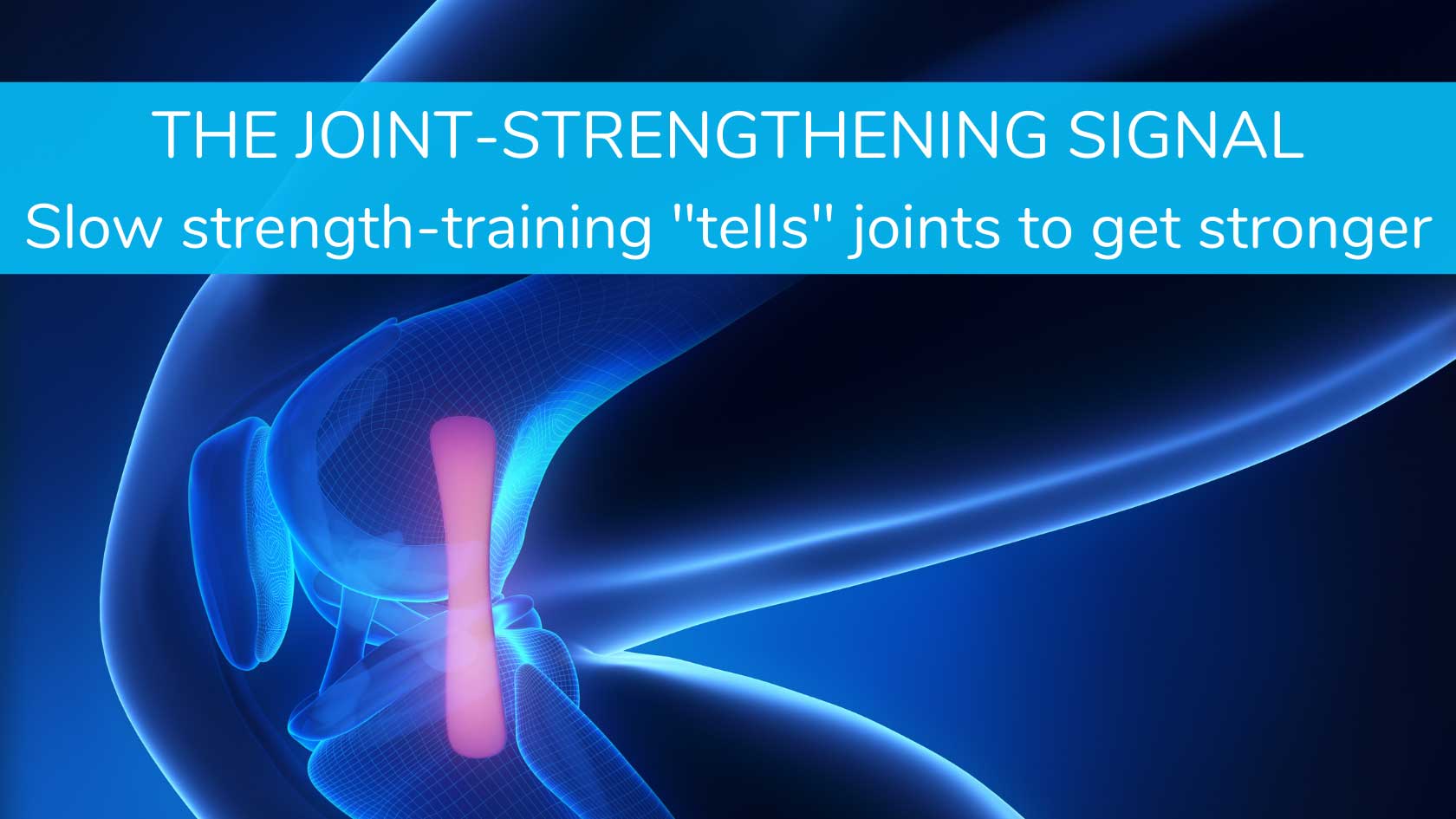 In my first article about EDS and hypermobility, I explained that an important step to managing joint laxity is with improved dynamic stability from our neuromuscular system. We want our brain to be able to protect our joints actively, and slow strength training trains it to do this job better. But is slow, safe resistance training enough to also improve the robustness of ligaments that are lax and fragile?

1. Tendons and ligaments are connective tissues made up of a very strong protein complex called collagen.

2. Collagen can grow stronger when direct tension is placed upon it, or in response to chemical messengers from other tissues. To grow stronger, it requires the availability of amino acids such as glycine.

4. Ligaments attach bones to each other (i.e. ACL/PCL/MCL/LCL in the knee). They provide passive stability, preventing joints from moving too far and compensating for muscular weakness/fatigue.

The problem with directly targeting our ligaments with exercise.

Ligaments don’t fatigue like muscles. They don’t consume energy to produce work, and we can’t feel them getting tired. So we can’t rely on a sensation of fatigue to determine if we’ve sent the right message for them to grow stronger. Instead, ligaments are like very strong springs. They can store and release energy when tensioned, consuming very little energy. And like a metal spring, they can also “fail” or break if they are stressed too intensely or frequently without enough opportunity to recover. As a result, finding the right dose of tension to safely get ligaments stronger can be tricky.

A great way to think about this is to consider soccer players. Because of the high twisting forces that soccer causes at the knee (thanks cleats), soccer players are notoriously at risk for injuries to their knee ligaments. But those same ligaments get thicker and stronger as the soccer season progresses. The same stress that is causing them to get stronger can also cause them severe injury when the forces are just a bit too high, or the athlete doesn’t adequately recover in between games. As with many things, the dose makes the poison.

Slow training protects us from dangerous loads or overdosing on repetitions.

For starters, we can strength train very slowly. By doing all of our exercises with slow movement, we make every rep very fatiguing on our muscles, which limits how much we can do. The joints get some beneficial loading, but the slow movement makes it impossible to use dangerously heavy weights, or to do huge numbers of reps which might cause our connective tissues to wear down and become injured. Now, a skeptic might suggest that training this way could be too gentle to strengthen ligaments. As our clients know at StrengthSpace, even very hard training can involve very low joint forces when performed slowly. Thus, it may not cause enough direct mechanical stress to force our ligaments to change for the better. But there’s good news. Loading ligaments is NOT the only way to make them stronger. We now understand that exhaustive muscular work indirectly signals tendons and ligaments to grow stronger! Let’s see how this works.

Muscle tells other tissues what to do using Myokines.

Beyond moving our bodies, muscles are also the orchestrators of many physiological processes. When stimulated and fatigued, they release important chemical messengers, called myokines. Some myokines, such as IL-6 and irisin, cause incredible and dramatic changes in other tissues throughout the body, from reducing inflammation’s effects on cartilage, to restoring mitochondrial health in the liver and heart! Others, such as human growth hormone (HGH) and Insulin-like growth factor (IGF-1) cause the body to build stronger connective tissues. Resistance training is the closest thing to a miracle drug we’ll ever find.

In a fascinating study, scientists found that serum taken from men who had just done vigorous resistance training caused collagen synthesis in ligaments engineered from human cells. Serum taken from fully rested men did not. Let me say that again: strength training causes changes to your blood which signal ligaments to grow stronger. This isn’t speculation. It isn’t an associational study that showed resistance trained people have stronger ligaments (associations may be just accidental). It was a causal and mechanistic demonstration that training hard with weights changes our blood, and through it, strengthens our joints.

A safe path to stronger ligaments, and bones?

This is an astounding finding, because it means direct tension on our ligaments is not the ONLY way to cause them to grow stronger. Instead, we know that we can cause ligaments to strengthen indirectly by releasing chemicals like Human Growth Hormone (HGH) and Insulin Like Growth-Factor (IGF-1) in response to resistance training.

Interestingly, HGH together with IGF-1 seem to accelerate healing from injuries, actually causing improvements in tensile strength, even when the injured ligament is unloaded. This is further proof that these chemicals, which our bodies produce in response to resistance training and protein intake, can drive the changes we want even when the weights are light, for safety. These chemicals can even drive improvements in bone density, showing that bones, like ligaments, can respond to intense exercise even with lighter loads.

We can have our cake and eat it too.

If you need stronger connective tissues, but can’t tolerate very heavy loads, this is great news. Even with lighter weights, we can send a powerful message to our ligaments to grow stronger, simply by exhausting our muscles. But deep fatigue is the key. The stress must be significant enough to cause our bodies to release the chemical milieu needed for an adaptive repair response. Our muscles don’t like being pushed to deep fatigue, and they will protest with muscle burning and try to “talk us out” of the hard efforts necessary for growth. But by cultivating a mindset of stoic determination, we can push our muscles to their limits safely. With slow, controlled strength training, we’ll get the benefits of stronger muscles, healthier metabolisms, and, and more robust connective tissues!